We service our clients best, when we serve our employees first.

What are the Top Myths About Private Investigators? 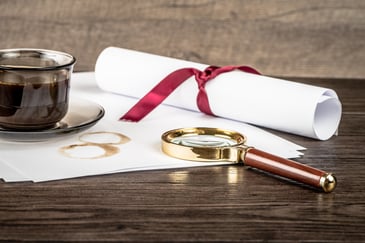 There are several pervasive myths associated with private investigators, most of which stem from the imagination of Hollywood writers. However, the reality is more nuanced, as private investigators work to gather information in a variety of scenarios beyond the typical “cheating spouse” scenario.

People from all walks of life call upon private investigators when a problem in their professional or personal lives seems to be out of their control.

This post aims to debunk a few of the most common myths perpetuated by popular depictions of private investigators.

They Are Immune To The Law

Since private investigators are licensed, they may have certain additional liberties or privileges; however, when it comes to abiding by the law, the same rules are applicable to private investigators. Because of their years of experience, extensive training and connections they may be called upon to handle some legal issues but this doesn’t make them immune to anything.

There’s a toxic misconception that private investigators can tap phones, yet this is an illegal activity that is a federal crime, if practiced without consent. In the case of bugging telephone communication, both state and federal laws apply to private investigators as much as they do to any individual. Private investigators do not have access to confidential information like FBI, CIA, or police records. However, they may have connections with law enforcement officials who may help them get the information they need.

Private investigators are trained to avoid detection, as it could result in a target straying from their natural activity. Private investigators understand that it’s crucial to maintain a safe distance when following someone; yet, the larger the distance, the more difficult is is to follow and gather evidence. Have you ever tried to purposely follow a friend to an event? If so, you know how easy it is to run into difficulties due to traffic lights, other vehicles, etc. Due to these issues, there are some instances where private investigators will work as a team to help streamline the process.

Private Investigators Live A Life Of Danger and Thrills

It is important to note that the risk level associated with the job is somewhat dependent on the type of work an investigator does. For example, a forensic investigator that often works on a computer is less likely to be at risk compared to an investigator working in the field doing surveillance or looking for someone who has a strong desire not to be found.

While many of us want to see the good in people, the world does have it's fair share of dishonest and fraudulent people. We recognize that there are situations that call for professional guidance and assistance when individuals and companies are concerned about the truth.

Whether our private investigators are working to help an attorney gather evidence, investigate investment scams or follow a suspected unfaithful spouse, our clients rely on us to minimize the risk and gather clear objective evidence. In today's world, it's definitely better to be safe than sorry, and get the facts.

United Security Inc. (USI) provides contract security solutions and investigation services to a select group of vertical markets. For the past 28 years, USI has created safe, secure environments for commercial and government employees and customers by investing in our people, innovation and relationships. USI is committed to delivering: